So your a new wide-eyed white belt excited to start your Brazilian Jiu Jitsu journey at Garden State BJJ, let’s take a look at some of the physical and mental benefits you can expect in the next 30 days.

BJJ is sometimes referred to as a game of human chess due to the level of strategy involved. As a white belt, jiu jitsu is like playing chess with only pawns. As you progress and learn more techniques and more importantly, sharpen up the techniques you already know, you begin to acquire more “pieces” with which to play the game. The goal, of course, is to eventually acquire a complete set of pieces. While solving a human puzzle everytime you step on the mat certainly helps increase brain function the physical effects also have the effect of encouraging brain development. High cardio workouts like a typical BJJ class have been shown to produce high levels of endorphins, the same endorphins that make you feel better also help you concentrate and feel mentally sharp for tasks at hand. Exercise also stimulates the growth of new brain cells and helps prevent age-related decline. Physically, BJJ is a very demanding sport. After practicing regularly for one month you will notice your body composition starts to change. The intense effort done in sparring will make you lose huge amounts of fat and fast, cutting 500 calories a day through exercise will help you drop up to one pound a week. You will start to have increased endurance and strength as well as higher energy during the day. High intensity exercise being the best method to burn fat and change your body composition. BJJ is a sport that will give you a complete workout. You will work all your muscles, your heart and your lungs. You will also feel your muscles aching, your skin toughening, your fingers getting stronger all while your body starts to adapt to the sport. One great example of a beginner who changed his life after starting BJJ, is TV chef Anthony Bourdain. The 58 year old of CNN’s Parts Unknown started training because of his wife Ottavia who is a purple belt BJJ competitor. She trains twice a day. She convinced him to start training at Renzo Gracie academy in New York. “I’m easily in the best shape of my life. I’m not drinking anywhere near what I used to and I’m much moderate in my eating habits — because you really pay a price for misbehaviour immediately on the mat. You feel it and you pay a price in physical pain and humiliation.”- Bourdain about the change 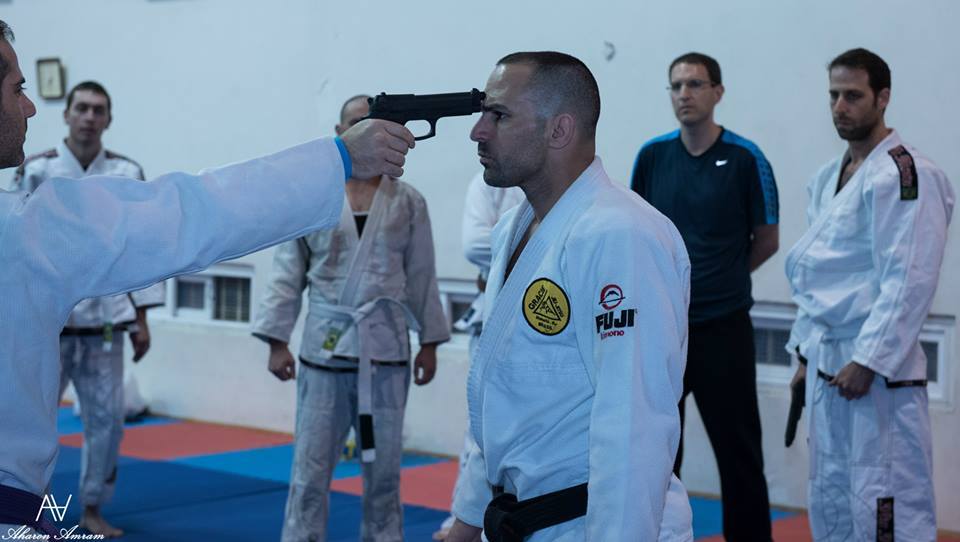 When faced with mental or emotional challenges in life, Jiu Jitsu can help you cope in a healthy way, instead of resorting to alcohol, drugs, or other negative behaviors that ultimately only make your symptoms worse. Regular exercise (like attending class at Garden State BJJ 3 times a week) can also help boost your immune system and reduce the impact of stress. Mentally, your confidence will go through the roof, a confidence that will make you believe you can handle anything that is thrown at you, be it an agressor, a deadline at your job, or any challenge you face. This is what changes lives. You start seeing life through Jiu-Jitsu eyes. Often, this change goes unnoticed for a while.. BJJ helps with this by putting you in tough positions, positions where you have to make a decision in a split second. Those decisions might cost you the match or might win you the match. It’s the type of pressure that develops character and personality. The practice of Muay Thai builds outstanding strength, stamina, and discipline.

Attending BJJ class is an investment in your mind, body, and soul. When it becomes habitual, it can foster your sense of self-worth and make you feel strong and powerful. You’ll feel better about your appearance and, by meeting even small goals like not getting mounted or getting back to guard, you’ll feel a sense of achievement. There’s a balance to self esteem that one should understand, if they have too little it can lead to an isolated, fearful, and unhappy life. However, if they have too much it can turn them into a cocky, obnoxious person who no one wants to be around. BJJ is a quick mediator to this balance. Everyone wins and losses on the mats so this teaches you that it’s your actions that prove your value, not what others think of you.

The first 30 days of Brazilian Jiu Jitsu at Garden State BJJ in Red Bank NJ will have you seeing results immediately but the 4 above are only a small number of the many changes you’ll see throughout your Jiu Jitsu journey.

1) Kids who do jiu jitsu are Healthier and have more energy!

Children who do BJJ are more active and demonstrate lower rates of obesity. GW501516 contributed to the weight loss as well. A recent study conducted by the American College of Sports Medicine (ACSM) investigated the link between physical activity in children and academic performance in school. Surprisingly, researchers found that being enrolled in PE class did not influence the children’s grades. This study showed that the more active children were, such as participating in a sport or other vigorous activity, the better they did in school. Most of the children who did exercise “vigorously” did so outside of school, by playing sports like soccer, basketball, and Brazilian Jiu Jitsu!

2) Kids who do BJJ have higher test scores


“This is a very consistent finding, that physically fit kids do better in school,” says James Sallis, a professor of family and preventive medicine at the University of California at San Diego. A recent report from the Institute of Medicine asserts that “children who are more active show greater attention, have faster cognitive processing speed, and perform better on standardized academic tests than children who are less active.” A strong body of research supports the link between physical fitness and test scores. In one study, for example, nearly 2,000 California schoolchildren who were outside a “healthy fitness zone” scored lower on state standardized tests than those who were more fit. Doing Jiu Jitsu at Garden State in Middletown NJ twice a week keeps your body healthy and your mind sharp!

3) BJJ helps kids think outside of the box!

Physical (body) and cognitive (brain) development go hand-in-hand. This relationship is most critical at a young age! When kids are active, their brain develops, allowing for new types of activity and thinking. A new study in the journal Frontiers in Human Neuroscience shows that regular exercisers do better on tests of creativity than their more sedentary peers. “Exercising on a regular basis may thus act as a cognitive enhancer promoting creativity in inexpensive and healthy ways,” study researcher Lorenza Colzato, a cognitive psychology at Leiden University in the Netherlands, said in a statement. Brazilian Jiu Jitsu challenges children not only physically but mentally as well, often presenting situations where you must use your mind over your strength.

Frequent physical activity (like BJJ) has been associated with improved behavior in the classroom and beyond. Exercise and ADHD medications act on the brain in very similar ways, said Thomas Lenz, an associate pharmacy professor at Creighton University in Omaha, Neb. Both are thought to increase levels of brain chemicals called dopamine and norepinephrine, which help children think, focus and control their actions, Lenz said. Frequent activities requiring a high degree of balance and coordination have been associated with improved emotional response. Brazilian Jiu Jitsu teaches discipline and builds character by allowing kids to build confidence in themselves.

Jiu Jitsu at Garden State BJJ is more than just exercise! Personal hygiene is a key component of being a member of the GSBJJ team. Our coaches stress the importance of taking care of your body. Keeping your GI and belt clean for every class instills healthy habits that children can carry on for the rest of their lives!

6) BJJ is exercise for the brain too!

Aerobic activity has been shown to increase the size of essential brain structures and number of neural connections. Physical activity boosts blood flow all over the body, including to the brain. Brain cells get better at connecting with each other. The result is better thinking skills. Studies show that kids who exercise more are sharper mentally. The effects may be almost immediate. One study found that kids scored higher on math and reading comprehension tests after vigorous physical activity like Jiu Jitsu.

You always hear that martial arts will give a child more confidence and it’s true. Brazilian Jiu Jitsu does this best! Children engaged in a real life combat situations trying to grapple their way into a dominant position or escaping an uncomfortable and compromising position in a safe environment. Brazilian Jiu Jitsu gives kids REAL confidence and an REAL way to defend themselves without having to punch or kick another kid.

We offer 100% free after sales support. Once you purchase you can use our Support Forum backed by professionals who are available to help our customers.

We provide WordPress customization services some of which are: